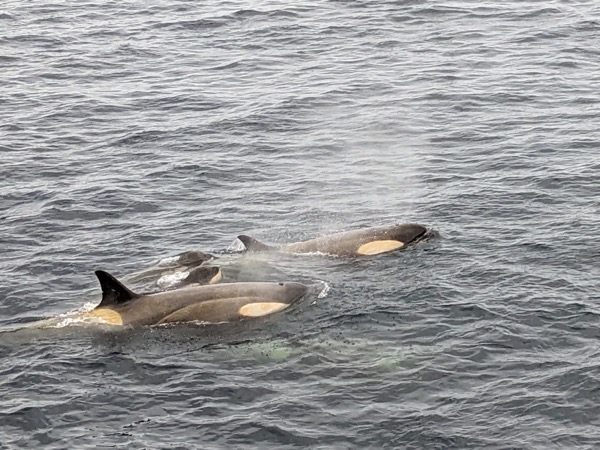 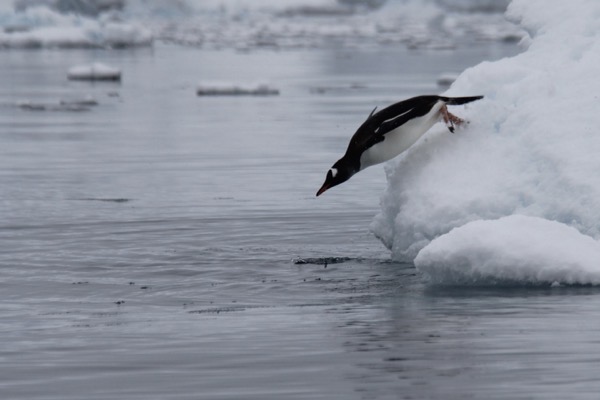 As I wrote back whenever, there’s sort of a rhythm here on the boat, interleaving excursions, meals, talks, sleep, wash, rinse, repeat. At the evening recap each day, our “expedition” leader asks what our favorite thing of the day was. As expected on a ship of ~120 pax, there’s always a pretty wide range. There’ll be the penguin chicks on D’Hainaut Island, the chunk of glacier we watched calve into Paradise Bay, the humpbacks cruising the Neumeier Channel.

There have been a lot of humpbacks. It’s funny how quickly we all got jaded about humpbacks.

First couple of blows we say out on the horizon, the whole ship probably listed five degrees as everyone scrambled to the windows on one side or the other, and piled out onto the back deck in t-shirts or whatever they were wearing to lunch. Couple of days later, a whole pod breaching just abeam, pecs slapping, flukes high in the air, barely warranted comment. “What’s that off starboard?” “Oh, just more whales.” “Humpbacks?” “Humpbacks, I think.” “Cool. Pass the butter?” 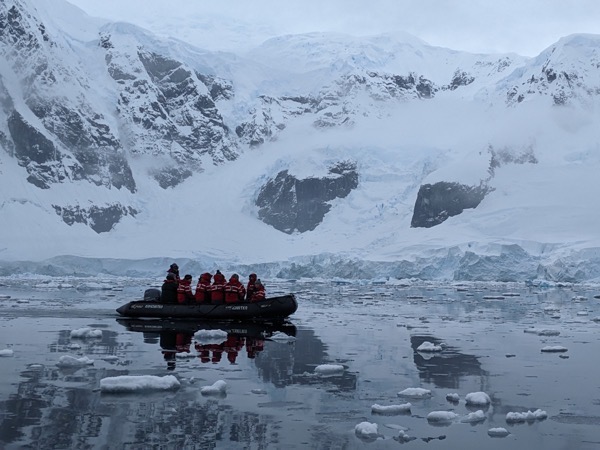 But two days ago, when Danny got to that point in the recap, he said something like, “Do I even need to ask what everyone’s favorite thing today was?” The chorus went up: “The Orcas! The Orcas!”

Yeah, it was definitely the Orcas.

We’d popped back into the Gerlache Strait to look for somewhere with a bit less wind when someone spotted a couple of dorsal fins ahead of our starboard side. And while humpbacks are pretty darned cool, there’s something about that orca fin cutting the water. Maybe it’s the way it evokes our primal fear of sharks, or the orca nickname: killer whale. But we all piled out on deck to look for the pair of fins closing in from a quarter of a mile away. No, not two – there are three fins. Or four? Wait, how many Orcas are out there? A couple of fins there, a few more over there…it was a whole pod, and it was coming toward us. Definitely, deliberately coming toward us. An entire pod, upwards of a dozen orcas, all coming to check us out.

Captain cut the engines and let us coast a bit, turning toward the approaching swarm. They came right up to us. Swam under, ducked around to the stern, then approached us again. We were clearly being checked out. Then, amid the scramble between decks, someone noticed something kind of startling. The largest member of the pod, likely the matriarch, was not only showing her “kids” the boat, she was bobbling something along in front of her, balancing it on her nose (technically, on the forehead part known as the “melon,” but that just sounds strange). It was a gray’ish, black and white and…uh, she’s carrying a dead penguin around.

So, is this what? An offering to the boat? A little something for a snack later? Our ship’s naturalists had no idea – they’d never seen anything like it before. So we watched, we snapped pictures and speculated idly.

They moved on after three or four minutes, taking their penguin with them, and so did we. Off to our next landing, off to more penguins, to yet more spectacular vistas and another round of kayaking among the icebergs. You know, that sort of thing. 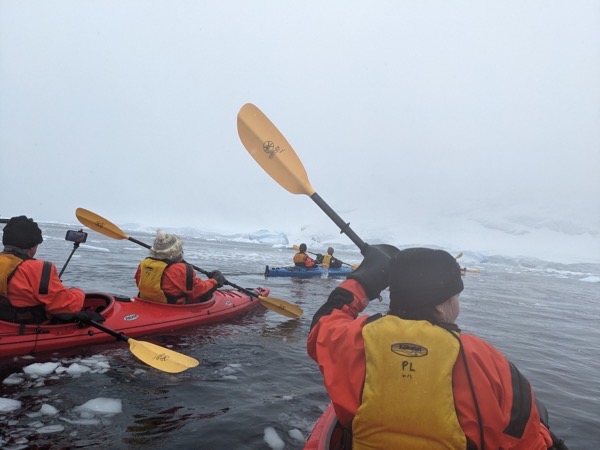 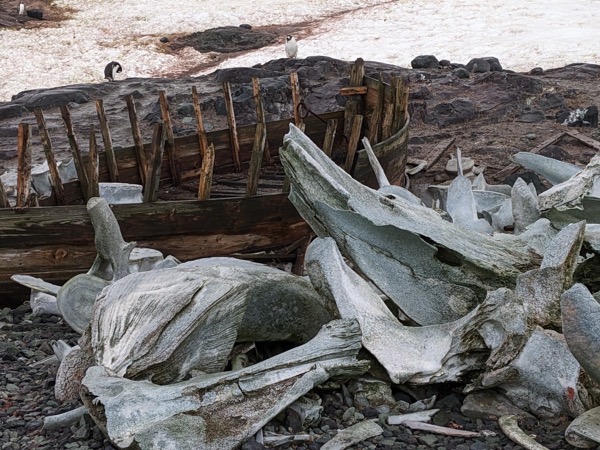 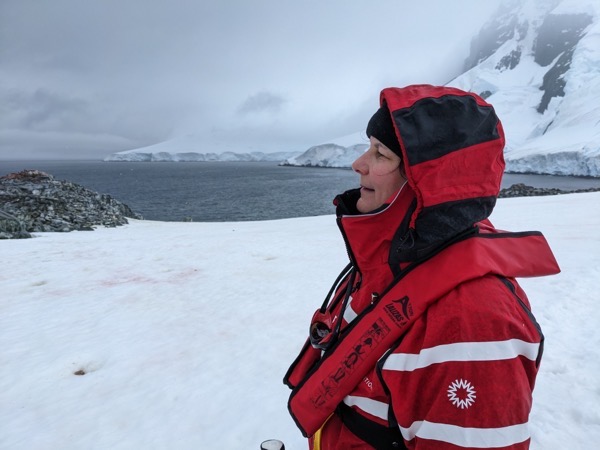 3 responses to “The Orcas”