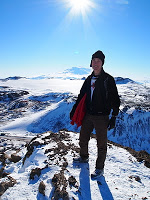 First and last Hercs of the day have been canceled, and ours (the second) has been pushed to a 1700 departure time. We’re betting it’s not going to go – Pole still had ice fog at last report, and the winds are supposed to pick up here.

But it’s been a lovely afternoon. The demo(lition) team needed to blow up something underground outside the IT building, so we all got to watch through the windows. Climbed Ob Hill over lunch with fellow Polie Zondra in spectacularly beautiful, warm weather – it doesn’t seem right to be tromping around here in t-shirt and jeans. But I’m enjoying it while I can. 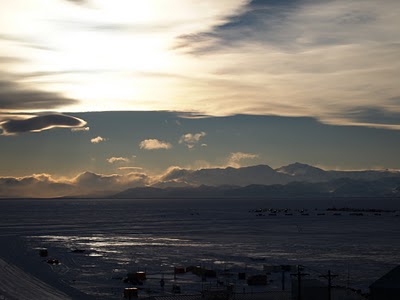