This past week, using my 50th birthday as an excuse to reward myself, I’ve been taking a lot of “me” time. Not doing anything fabulous or grand – okay, I did play hooky yesterday to catch the Ski Bus up to Tahoe yesterday, and spent the afternoon skiing Heavenly in my t-shirt. Snow wasn’t great, but the weather was in the 40’s – when did April start so early?

But for the most part, I’ve just been indulging myself on little things that make me happy. And things that, when I look back, think I’m likely to remember as time well spent. Like last Friday. Drove up to the city, just me and my laptop. Found a cafe on Union Street and sat out front at a small table with my decaf cappucino and brioche, in the shade of a bluebird morning. And wrote. Imagined I was in Paris in the Spring. Finished one short story that had been bugging me, and started another. Felt vaguely like Hemingway, but without the hangover. I wrote, and – I think – wrote well. 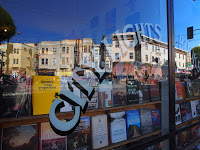 Once I felt I’d given the muse enough of a run (and vice versa), I migrated to Columbus Ave and played with my new camera (gratuitous photos below). Wandered into City Lights and lost myself in their intimidating wall of “Best Short Fiction of [Year/Place/Topic]”. Watched people – the young casanovas amiably jousting their false modesty for the pretty young women walking by. The street artists. The elegant, quiet old man at his customary Italian cafe, as at home to himself as he was incongruous to the passing tourists – splendid and out of another time in his neatly pressed white suit, hat and leather spats.

Then across the bridge to Berkeley to finally finally finally visit Sharla over at the Rose Street House of Music. Emily from Bainbridge Island, Emily-of-the-beautiful-voice-and-morbid-songs was there, and we whiled away the afternoon swapping songs over ginger tea and cake. Princess Cake, at that (no, not that kind of Princess Cake). There were even candles, what with Sharla’s birthday coming a day after mine.

Then? Then it was time to head home. Time to stop – for just a little while – thinking about me me me, and time to help with dinner. 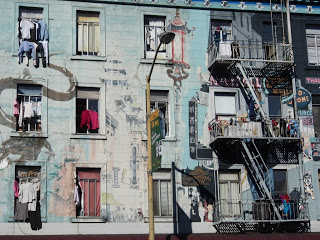 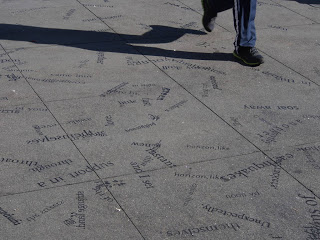 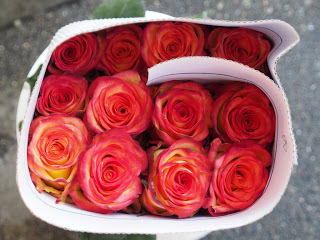