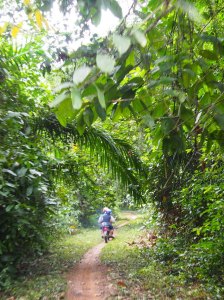 The overwhelming sensation is that we’re riding the back of a narrow and impossibly long rust brown snake, chasing it as it courses through the underbrush of the Liberian jungle. It crests sharp hills and dives into deep tunnels of green. Our three motorbikes follow each other, follow the track – there is nowhere else to go. At times, the path drops into a gully and broadens out into wide wet mud which parts in a curtain on either side – a miniature Red Sea – as we plunge into and through it. The motorbikes strain up the slope on the other side and, as we top the rise, fly into an explosion of butterflies. There are butterflies everywhere here, swirling clouds of blue-gray-white ones, lone patrols of elegant dark swallowtails. Green, black, orange and iridescent, they seem everywhere and nowhere at once. A broad pair of black and white wings drops from the canopy overhead and flanks us for a few seconds then rises back up, lost again in the tangle of vines – I try to remember the shape, the pattern, so I can someday look up what it was, but the picture is displaced by another flack burst of butterflies – yellow, this time – and I surrender all thought to the unfiltered rush of sensation. 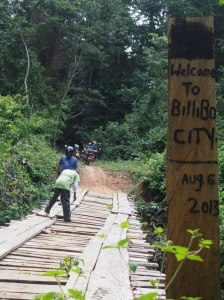 It’s about two hours by motorbike from Ziah Town to Billibo, at the end of the literal last mile here in Konobo district. Raj is jubilant – since he was last out here, two more river crossings have been replaced by wood bridges, hand built by the communities on the loan of a chainsaw and $40 of gasoline donated by Last Mile Health. There’s only one more “interesting” crossing on this track, three enormous logs spanning the ravine just before Billibo itself. Beyond there, the track disappears entirely into footpaths that spread out into the forest. Here they speak Krahn, a tribal dialect that spans the border to Cote D’Ivoire, a few kilometers to the east. 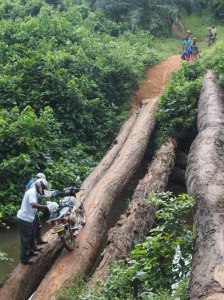 Subarna took care last night to clarify that while Billibo is the “last mile” right now, there are still a handful of villages in Konobo that they haven’t reached yet, where they haven’t yet recruited community health workers. A few weeks ago she, Jenny and Abraham tried to make it to Kao on foot, but were stymied by a swamp crossing. Abraham, broad shouldered and a touch taller than me, carried Jenny and Subarna on his back part of the way across, but discretion got the better of their valor, and they decided to go back and try again when the rainy season was a little further behind them. For now, they’re content to hone their model on the villages they can reach, strategizing how to scale up from these two districts to all the remote areas of Liberia. 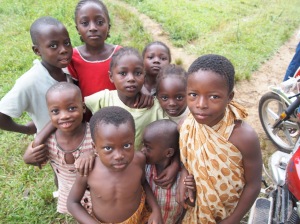 Massaging my now perpetually numb butt, I again get to see the impact of Last Mile’s work. Billibo’s front line health workers walk us through the village, stopping in here and there to ask Raj and Subarna’s advice on cases. We chat with a mother of four who’s inquiring about Depo injections for contraception. I ask Subarna, who translates, and hear back that her husband is also in favor of it; she “needs a little rest”. 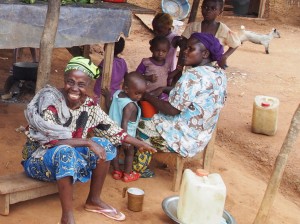 Another young mother isn’t doing so well. She’s HIV positive, but stopped taking her ARVs without telling anyone and is now Stage 3 or Stage 4. How to prevent her from passing the virus on to her baby?

We’re almost done – it’s a couple of hours on motorbike back to Ziah, and we’re supposed be back in Zwedru by nightfall, so we gather at the palava hut. We’re in the midst of our goodbyes when Raj is approached by a delegation of the village grandmothers. They thank him for his work (Abraham is translating from Krahn to English), but want to know why Last Mile is only working with newborns and under fives. Adults have a right to health care, too, they say. Everyone does. Can he help them help the village? 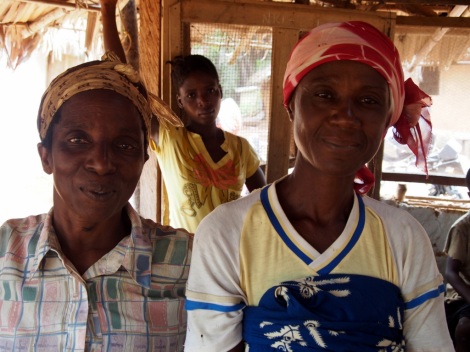 Raj takes her hand and thanks her. “You are speaking righteous words Mama,” – all grown women in Liberia are ‘Mama’ – “And you are speaking them to the right man.” The old woman has spoken Last Mile’s mission in her own words. He promises that this is what Last Mile wants to do, and is trying to do. For now, they’re helping the most vulnerable and, small small, they’re going to try to help everyone. Her smile is indescribably beautiful and gratifying – she has been heard, and she has been understood. 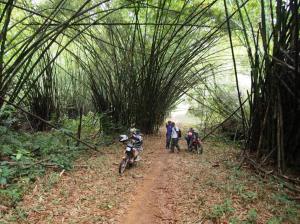 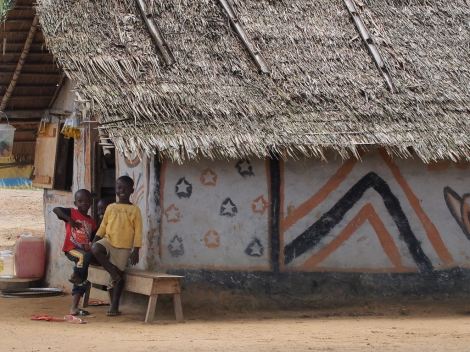 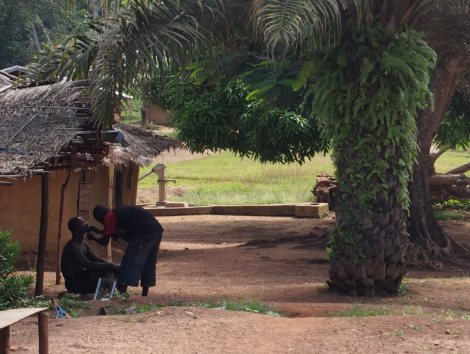 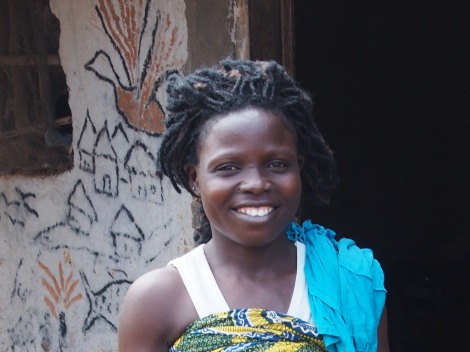 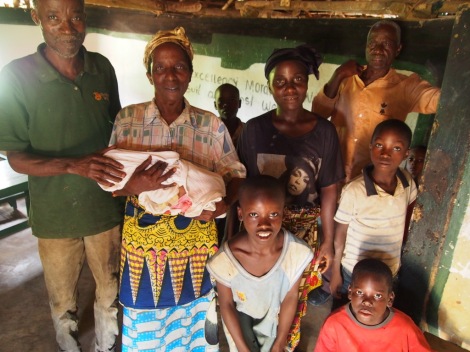 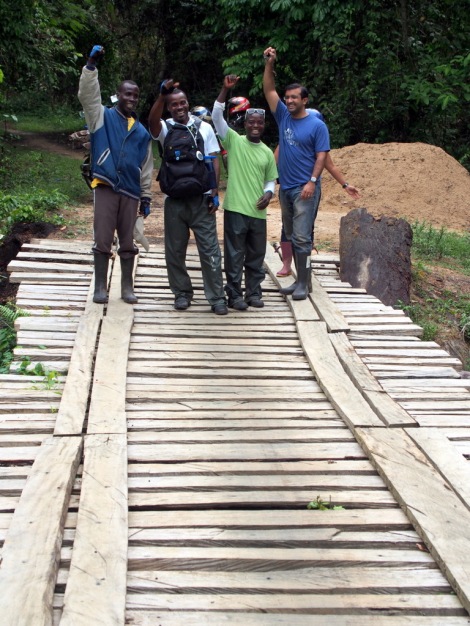 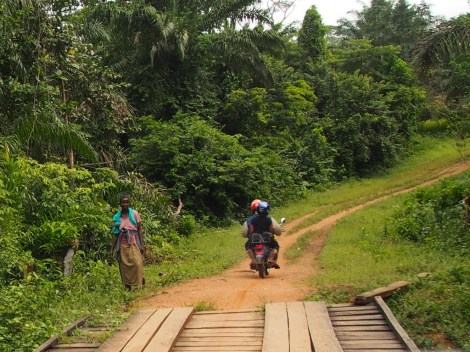 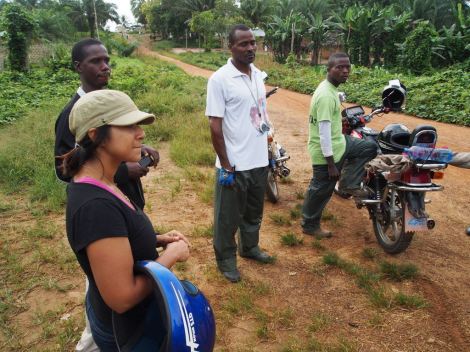 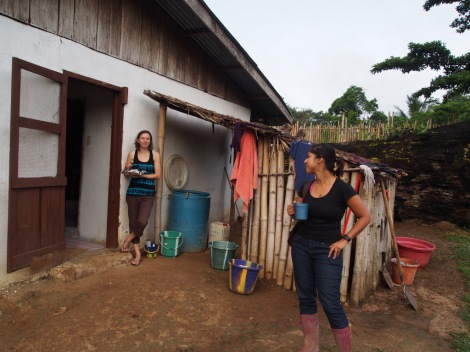