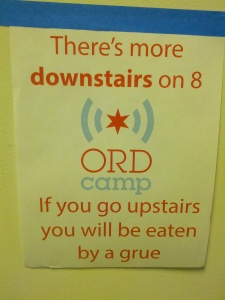 I’m sitting on the floor of the Ferris Bueller conference room while Jana describes the accidental and unfortunate discovery of “cotton candy” honey. She’s an urban beekeeper, connoisseur and producer of local honey here in Chicago. We’ve already tasted the saw palmetto honey (aromatic), the Nicaraguan cocoa honey (smells like chocolate!), north Chicago linden tree honey (minty fresh) and the exquisite water lily honey (words do not suffice). My favorite so far has been what she describes as “aphid poop” honey. 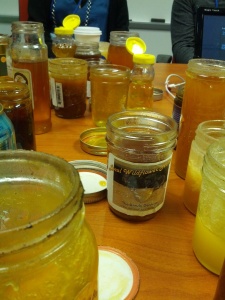 Don’t ask, but it’s fabulous. But there was a carnival around the corner last summer, and the honeycomb she harvested the following weekend had red, green and blue cells. Her hypothesis is that the bees got ahold of some cotton candy and brought it back to the hive. Mixed together, it looks like green slime, and really truly tastes like uh, fermented cotton candy honey. If that’s a thing, which it apparently is, now. It’s a novel life experience you should try at most once. 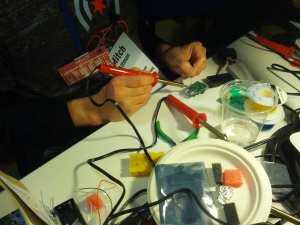 The entire ORDCamp weekend has been like this. We’ve been roaming the 8th and 9th floor of Google Chicago until unreasonably late each night (off-limits areas are tastefully signposted), self-organizing into impromptu sessions on interactive fiction, mitochondrial biodynamics and bootstrapped theology. We’ve already had a discussion on The School of the Future, and another on Why do VCs do Mean Things. Mitch Altman has set up a table in the corner where ORDCampers are learning to solder their own TV-B-Gones, to carry with them in a quest to make the world a better and quieter place. Flaming nunchucks and the whisky master class are later. It may not be accidental that those two sessions are simultaneous, discouraging participants from trying both. Welcome to ORDCamp 2014. 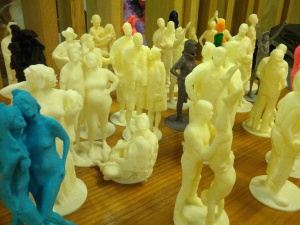 My fellow participants are NASCAR data specialists, teenage tech entrepreneurs, former sideshow carnival performers and NPR radio hosts. One of my fellow campers spent time living on the streets when she was young(er) and used that experience to create a social impact startup that now provides educational resources for a network of over half a million underprivileged kids worldwide. Oh yeah – she’s 26. A couple of guys I was just talking with challenged each other to build novel competing 3D printer designs from scratch in 24 hours or less. I’m not sure I’ve ever felt so boring and unaccomplished. The nice thing is there’s zero (okay, very little) attitude here. Folks seem to have a lovely blend of passion and humility – they’re eager to tell you about their crazy passion, but seem to recognize that their particular passion (say, flaming nunchucks) may not be your cup of tea. So they want to know what makes you excited about getting out of bed in the morning.

The food, of course, is fabulous, and there was a guitar, bass, oboe and cavaquinho music jam late late late into the night. Late. Morning, of course, came way too early – thank god for the coffee. And of course, there was a master class in that, too. 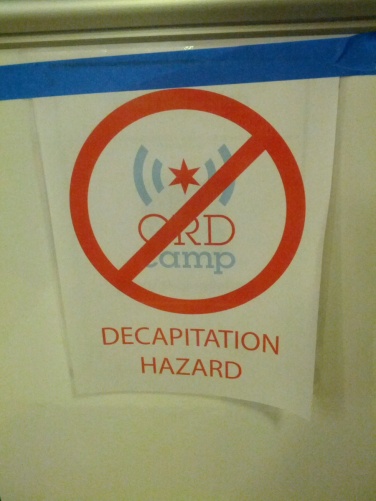 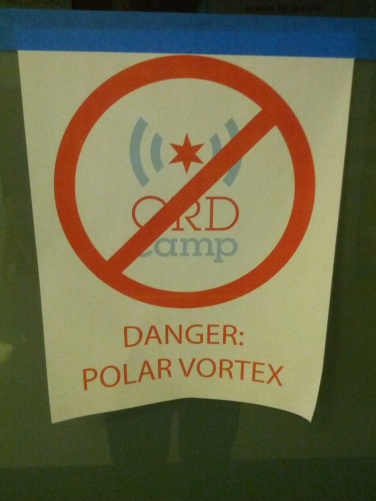