The rhythm of the days here in the Wogakurya Hills seems to be governed by the color of the sky. We wake in pre-dawn lavender light with the fading traces of a crescent moon; by the time we’re ready to climb into the Land Cruisers for the morning’s drive, the eastern sky is white against the rising sun, tracing bright shadows across the still dew-wet green hills to the west. 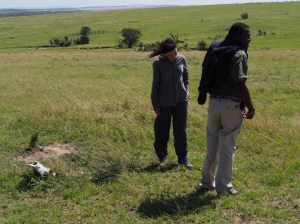 By late morning, the firmament is an unassailable blue, stretching impossibly far in all directions. It is evident, as Michal Palin observed in Last Chance to See, that “contrary to all the known laws of physics, the sky is simply bigger in Africa.” Under this sky we bounce along through the muddy tracks of ravine crossings and across dusty savanna, pausing for close encounters with curious families of elephants, lazy pods of crocodiles, skittish outbursts of klipspringers, and entire lazy flotillas (that must be the right collective) of hippopotamuses. We’ve also come across probably half a dozen prides of lions that clearly have advanced graduate degrees in Not Giving a Damn. 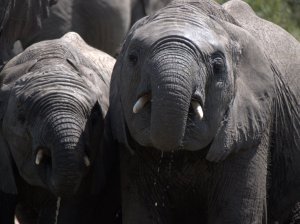 Gary, Henry and Arnold coordinate spottings by radio, but we’re just as frequently out of sight of the other cars as not, so there are always stories to exchange when we meet up, typically around noon at some picturesque vista, to get out and stretch our legs. All that sitting on your butt can get tiring, you know. A Tupperware container of cookies always seems to magically appear and the boys run around a little, forever just on the verge of doing something dangerous. 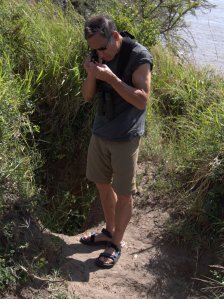 Then it’s back to camp, threading an impossible maze of vehicle tracks (all alike) that seem straight out of an early version of Zork; for the life of me, I can’t figure out how we seem to reliably make it back for lunch each day.

By now, the clouds have built, turning the sky a sallow gray and taking the edge off the morning’s heat. We lounge in the dining tent to yet another decadent meal (avocado soup, tarragon chicken and rice pilaf with roast vegetables today) and retire for an afternoon siesta; those who want will regroup at five or so for a shorter, early evening drive to see who’s come out of hiding.

Once the sun begins to set, it does so in a hurry. Those of us from northern latitudes are used to the arc it takes sideways across the sky as it goes down, but here on the equator, it drops like a ball of flame. By six, the western sky is blazing red and orange, casting a bright flat light across the hills that makes everything look like it’s been “auto-enhanced” by Photoshop.

And then it’s dusk – somehow much bluer than the pre-dawn morning, alive with the sound of birds calling, and tinged with the smell of woodsmoke. The stars come out imperceptibly, and by the time we’ve washed up after dinner, the Milky Way stretches across the night sky. There will be stories around the campfire, the obligatory peering up to figure out whether that one next to Scorpius really is Apheacus, or however you spell it. Hyaenas are calling in the distance as we make our way back to the tents. Tomorrow, surely will also be a long day.

Crocodiles seem so much larger in real life than in pictures – each of these guys looked like could have eaten a minivan whole.

Who did you say was boss, again? 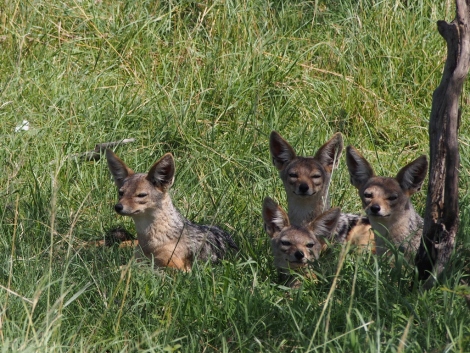 The jackals were the big surprise for me. Gorgeous dogs, seemed playful and social. They mostly hunt small game: rabbits and big bugs, and scavenge whatever they can off the bigger predators. 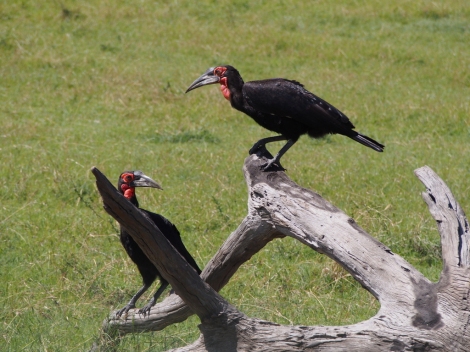 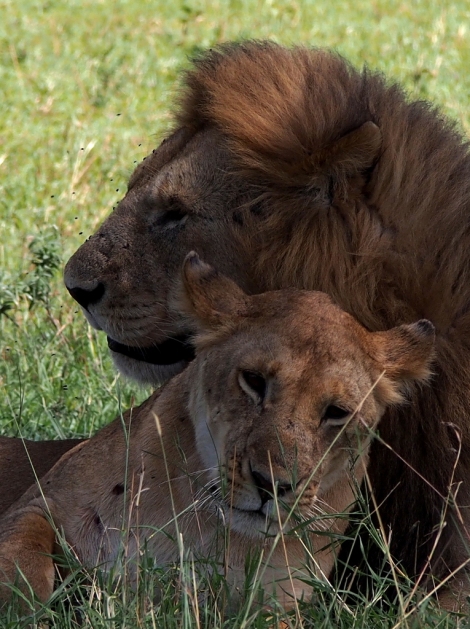 Just don’t get us started on the whole “lion sex” thing, okay? Who would have guessed it was so easy to traumatize a car full of teenagers? 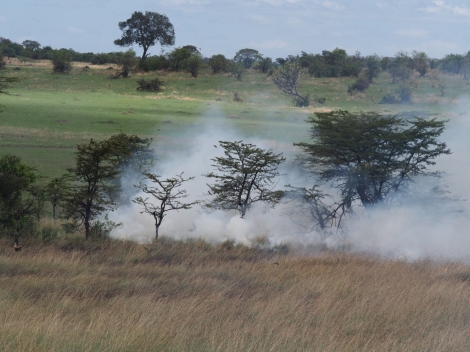 We saw a lot of “controlled” burns. Some were not quite as controlled as others.