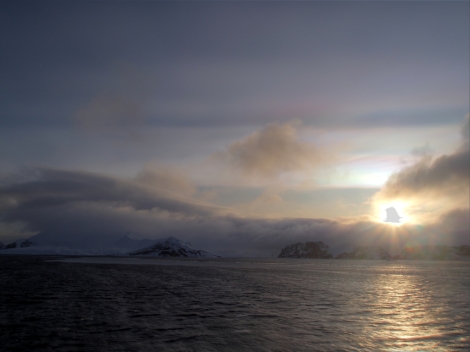 The Sixth Edition of the Admiralty Sailing Directions describes Deception Island as one of the largest and most spectacular crater islands in the world. It has sandy beaches, breathtaking ice cliffs and quiet, protected coves. But it also has an active volcano that is – apparently – very much in play. The island’s ringed harbor made it attractive as a site for whaling (and later research) stations, most traces of which have been wiped out by seismic activity. The Sixth Edition reports a string of “events” over past 90 years starting in 1921 when the harbor suddenly boiled, taking all the paint off ships at anchor there. The most recent was a 1969 eruption that destroyed the island’s Chilean and British stations; since then, there seems to have been understandably little interest in anyone setting up permanent facilities on the island. 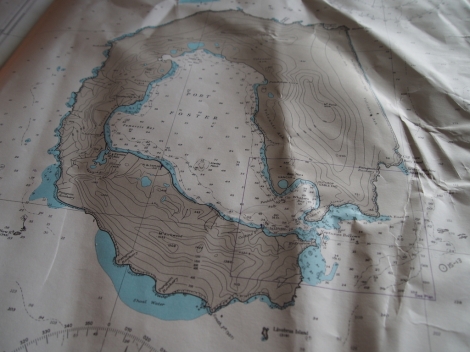 Station 14-13 is a mile or two off the mouth of Deception’s now abandoned caldera harbor, at the start of a series of switchbacks that have been running the krill team ragged. I stumble down to the galley after half an evening’s fitful sleep and find the noon-to-midnight shift strewn around the mess hall. They’ve done five, maybe six tows since I went to bed, including one where they hit ice and bent the net bracket beyond easy repair. They were able to complete the series with a backup net, but are punchy and exhausted. 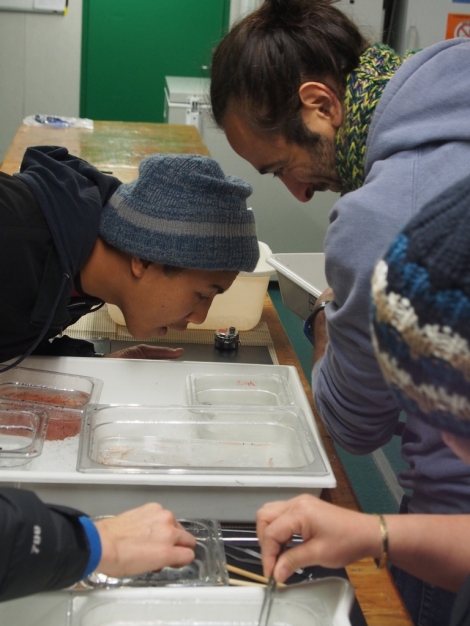 And I was wrong about my guess that we had fifty-odd tows scheduled for this cruise; the number is closer to a hundred and fifty. Since we’re all doing 12-hour shifts, seven days a week, I get the idea that punchy and exhausted is going to be the new normal. But it’s a good crew; the stress seems to be bringing everyone closer, bonding them, where – with the wrong mix of people – it could easily tear a team apart. So I’m grateful to be a part of the support team for these folks. And you know what a joiner I am. As much as I love my cushy job as an “indoor house pet” in IT, I’m sure that a week from now, two tops, I’m going to be volunteering to go out on the aft deck and help them run relief on the net, and let myself be pressed into service as a krill counter when the haul comes in. I mean hey – I already know the difference between superba and crystallapharas; there can’t be more than another couple of hundred to learn, can there? 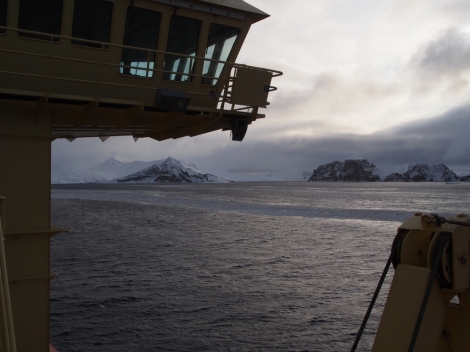 One response to “Deception Island”