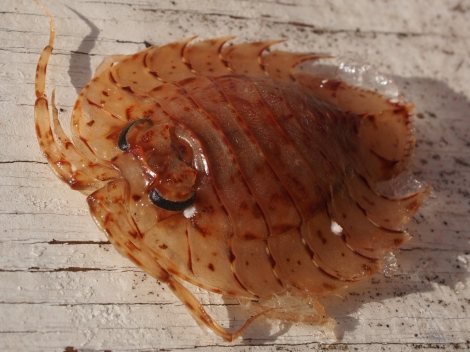 Okay, for the record, I am never never never ever swimming in the ocean again. Because the cockroaches from space are the least worrisome of the freaky things that we pulled up with this morning’s benthic tow.

I’d been vaguely aware of the tow – you can tell when we’re pulling a net because the bridge throttles stuff back to a couple of knots for about 20 minutes then idles the engines so they can pull the net up before we resume our normal 10 knot cruising speed. But I assumed we were just doing more krill until Monika caught me in the galley as I was coming off shift.

“Have you seen our catch?” She wide-eyed and gleeful, the way kids are when they wake their parents up waaaaay too early after the first snow of winter. 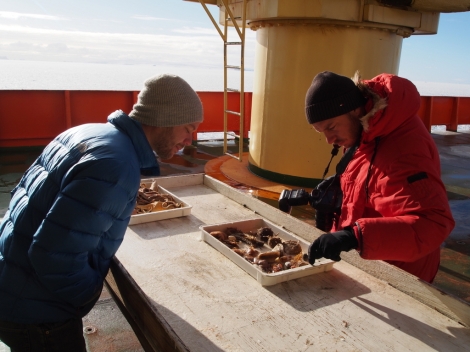 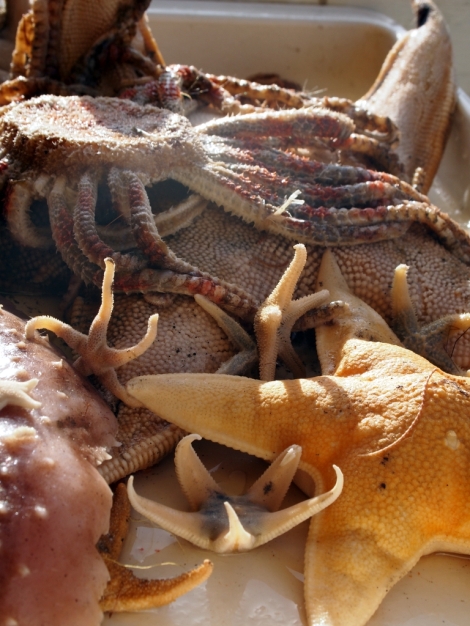 Now, not everything was freaky. I mean, there was a lovely collection of different types of echinoderms – sea stars and their ilk. Of course, Tony pointed out that in nature it’s often the prettiest things that are the most dangerous. Brittle stars? Pretty to look at, but completely brutal if you’re on their turf. Fortunately, their turf was about 250 meters below us.

That being said, most of what they found lives at the other end of the “lovely” spectrum (speaking from a normal, i.e. non-biologist’s, point of view). The chitons looked like armored pieces of sushi out for revenge; the polychaetes were giant leatherback slugs covered in porcupine quills. But what really stood out were the space cockroaches. I can’t think of any other way to describe them. If Daleks were bugs and lived at the bottom of the sea, they’d be Serolis dinae. Who are clearly massing at the bottom of the Antarctic while they plan for world domination.

One response to “Aliens at the Bottom of the Planet”