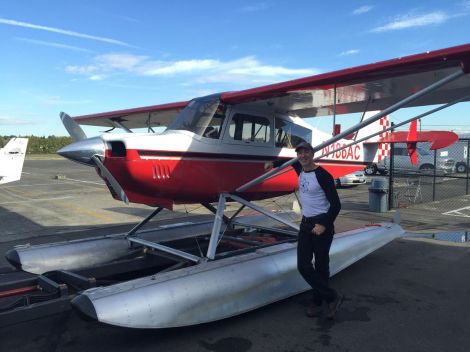 Okay, this one’s for the pilots. Rest of you can move along.

After a freakishly little 3.6 hours of dual, I am now rated as COM-ASES, which stands for “Commercial Pilot, Airplane, Single Engine, Sea”  (I’m also COM-ASEL/AMEL and PPL/GLI, for the record).

If you’ve never flown a seaplane, heed my warning: don’t try it. You will become addicted. You will have trouble paying attention. You will start losing yourself to dreams of settling into a pristine mountain lake, of skimming fog-kissed surfaces and coming to rest in the middle of absolutely nowhere. You will start scheming how to convince your spouse that you need a seaplane, and gauging which of your other beloved possessions you’re willing to part with to make it happen.

The man who introduced me to this evil addiction was Kyle, an enthusiastic young flight instructor at Rainier Flight Services.  Kyle looks to be about as old as my kids, but he’s got what it takes to be a great instructor: excellent technique, clear communication, enormous patience and impressive attention to detail. Our mount was an American Champion Scout (8GCBC), effectively a beefed up Citabria with flaps and 180 horsepower. Enormous fun. I know folks say that nothing’s more fun than a Super Cub on floats, but in the Cubs vs Champs rivalry, I’ve always been firmly on the Champ side (and remember: the Citabria is a beefed up Champ).

I also know that folks say you want to learn floats in something like a 172, something a little underpowered, so that you can develop proper technique and not just power through things. Maybe. But sitting on the centerline with a throttle in your left hand and a stick in your right? And powering out in a confined space takeoff, spiraling up, leaving the water like a homesick angel? Heckafun. I’ll build up my technique later.

I don’t think there’s a lot to be gained by giving a play-by-play of the instruction and checkride. We only got above 500 feet once all three days, because once the plane is in the air, it’s a plane, and the assumption is that you already know how to fly a plane. So it’s all about takeoffs, landings and moving around on the water. You’ve got to be able to do them in glassy water, rough water, confined spaces, and need to know what to do when stuff goes wrong with any of those. The nice thing about takeoffs and landings with a seaplane, is that you can just pick a spot on the lake and go around in circles over and over again. In those 3.6 hours of dual we managed 36(!) landings, and that included all the time for step taxi, inertia turns, downwind sailing, docking, and the inevitable emergencies (the most stable condition for most seaplanes, it turns out, is upside down in the water, and there are all sorts of unexpected ways it can try to reach that equilibrium).

There’s a lot to absorb, and the first few takeoffs and landings feel disorienting and unnatural. But as Kyle promised, at some point, whether it’s five or twenty five, things just click, and bang – all your stick and rudder skills take over.

Anyhow. Enough random verbiage. I need some sleep. Here are some pictures:

The 8GCBC Scout – a capable and sprightly mount.

How you get the Scout to/from the water. 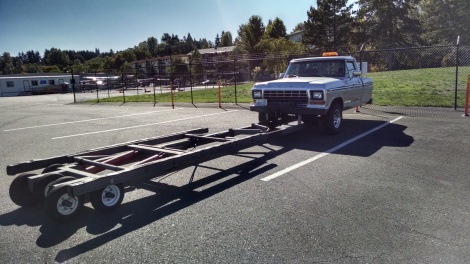 What the truck looks like when it’s not attached to an airplane.

Kyle, approving of whatever the heck it is I’ve just done. 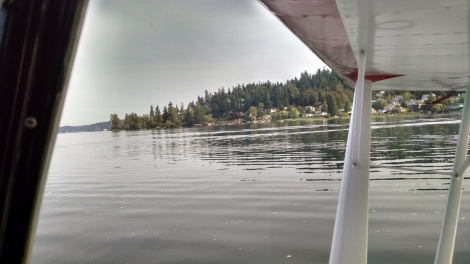 On the water at Lake Sammamish. 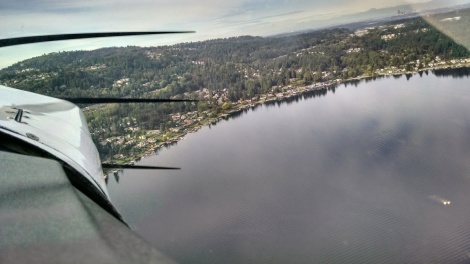 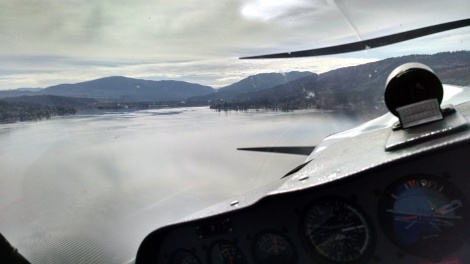