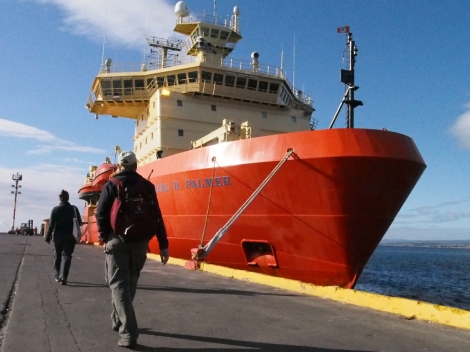 Punta Arenas revisited had lost none of the charm it held in my imagination. The elegant but practical and understated architecture of a Latin outpost, the stunning seascape, and the gentle smiles afforded a stranger. 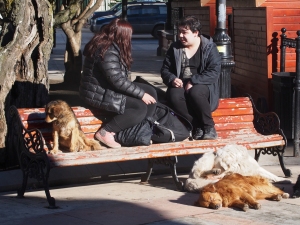 And the dogs. I had wondered if the thing about the dogs had just been my imagination, but no, they were as omnipresent and casually companionable as I remembered. Well-fed, well-behaved, and treated by the populace as community property to be scritched behind the ear when passed on the street. Last night, coming home from dinner at Cabo, there was a gorgeous old husky sitting on its haunches at the corner on Avenue Costanera. The cars kept stopping, waiting for it to cross, but it sat there until I and a couple of other pedestrians entered the crosswalk, then trotted across with us. It stopped on the other side for a stritch from a young man waiting for the bus, and went on its way.

Yes, I could spend a lot of time wandering PA and reacquainting myself with its charm. Maybe after this cruise I will. But that’s going to have to wait, because it’s showtime: our ship has come in. 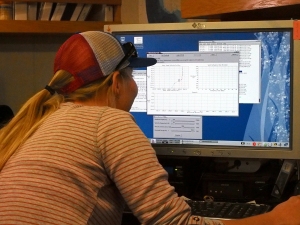 Now, I know the vernacular for having your ship come in means that you can kick back and celebrate. But in this case, it means playtime is over – we’ve got three days to dive into the cruise turnover, offload, onload, fix, replace and come up to speed on everything we’re going to need before we Sunday, when we cast off for the southern ocean. And there’s a hell of a lot to come up to speed on. In addition to our usual turnover, the multibeam specialist had a family emergency, so Bug and I will be taking over his duties, getting a crash course on recalibrating the flux capacitor and the like to keep the crazy thing running this cruise.

This will be a short post – it’s late, and tomorrow (and the day after) are going to be long days, too. But I’m surprised at how quickly a lot of stuff has come back to me, and dismayed at how quickly I’ve become nostalgic for this ship. There’ll be plenty of time to write later…

One response to “Showtime!”