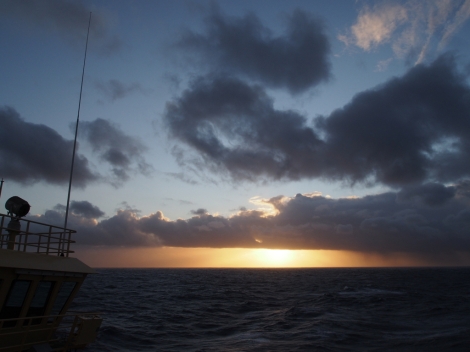 I promise, I am not making any of this up. Because I couldn’t make this sort of thing up: we’ve broken off our original deployment plan to hunt down and intercept an autonomous undersea robot that’s gone rogue and is bolting north for Hawaii.

That being said, “bolting” is a relative term, and the category of robot involved is a lot closer to “bath toy” than it is to Pacific Rim Jaeger. But still, who doesn’t love a sub chase on the high seas? 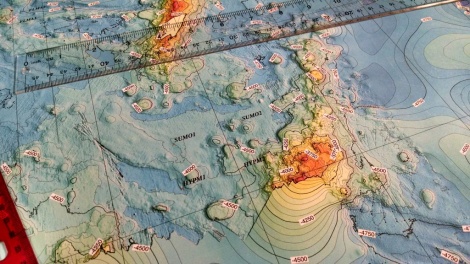 Anyhow, to dial back the hyperbole, the robot in question is a “glider,” a bright yellow torpedo-like sensor package that is supposed to make its way between a set of undersea mooring buoys, gathering oceanic information as it goes. It employs a ridiculously efficient propulsion system, delicately adjusting its buoyancy between just heavier than the surrounding water and just lighter. When it’s heavier, it sinks slowly, gliding downward and forward through the water. At the proper depth, it shifts buoyancy and center of gravity and begins rising slowly, now gliding upward and still forward. In this way, a battery-powered glider is able to roam the ocean autonomously for months at a time, gathering data and returning to transmitters on the surface that relay it to passing satellites for oceanographers to study.

The point is, one of the gliders launched by a previous mission has gone off course. Instead of making its usual rounds between moored buoys, it has turned north and appears to be making a run for freedom at a leisurely dozen miles per day. It doesn’t pose any particular threat, but these things are expensive (they’re filled with Science), so Sebastien’s decided that we’re going to hold off doing some data validation at the SUMO1 site and chase it down. More news as it happens…. 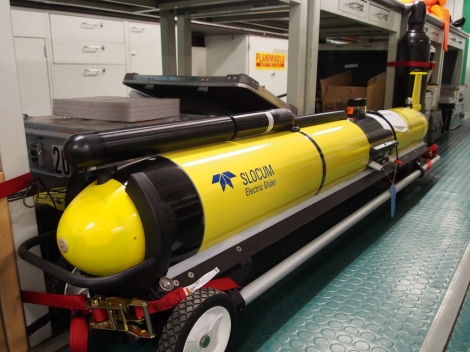 UPDATE: we spent most of the day chasing north and got within range of the glider (see pic of its cousin, above), but the seas were too rough to actually try to retrieve it. Captain held station for a couple of hours hoping for a break, but the forecast is for deteriorating conditions, so eventually it was time to cut bait and return to the original mission. We may get another chance to try intercepting once we’ve finished our work on the moorings. If not, the Aloha State may be getting a visitor in about (letsee, divide by 365…) two and a half years. 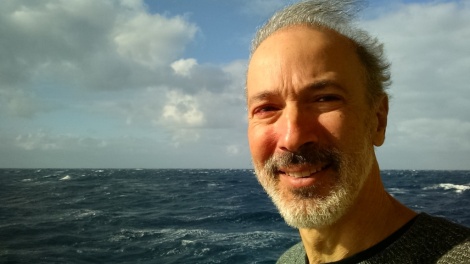 2 responses to “The Hunt for Yellow October”