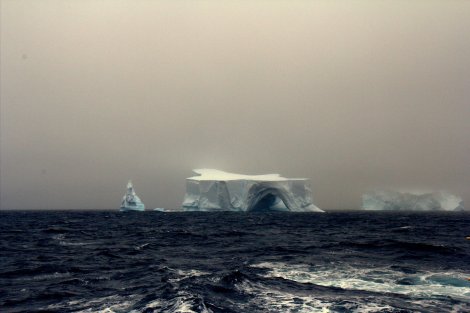 We have, for all intents and purposes, fallen off the edge of the map. I know Captain Brandon has better resources up on the bridge, but down here on main deck, we left charted waters yesterday. And even those charts spoke of the days where mapmakers inscribed vague warnings: “Here be dragons.”

Our own inscriptions are less fanciful, but come to the same point: a dashed line to the south off Peacock Sound, cautions: “Limit of reliable photographic data,” and more ominously, where the dashed lines fade to white: “Source material not reconcilable.”

It has been three days since we’ve seen anything but Stygian fog on flat, black water, and the notion of progress westward has long since faded from visceral sensation to memory. There is neither sky nor sun nor dark, nor even cloud, and we move on faith, vaguely trusting the slowly spinning dial on our display claiming westward longitude: now 115.8918, now 115.8919. In two weeks, it says, we’ll arrive at McMurdo, but we temper our trust in it the way we temper a preacher’s promise that God will provide: it’s a nice thought, but one does want to have a backup plan in place.

Our last visitor from the outside world was two days ago, the ghost of an iceberg making its way north from fast ice along the Bellinghausen Sea. It was enough of an occasion that we all set our busywork aside to go up on deck and watch.

No, scratch that: there was the small miracle, almost like a card trick, of spotting one of Caitlin’s floats, left to drift here a year ago, and pulling it aboard for rehabilitation. Perhaps that preacher GPS is on to something.

Beyond that, we trudge westward tending our knitting, our plankton samples and code, and wait patiently for our promised reward from the placid sea. 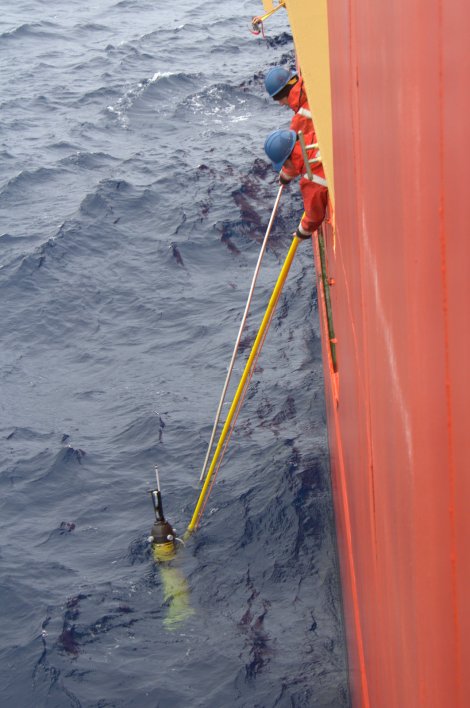 4 responses to “Fallen off the Map”