[Sorry about spamming all of you with this damned post – still trying to get the actual text to show up. The sad thing is that it’s not even a particularly good post. As a reward for the persistent, I’ve at least updated one of the pics with our trajectory for the past three days.]

Wash: “Psychic, though? That sounds like something out of science fiction.”

Zoe: “You live on a spaceship, dear.”

I don’t think it’s any coincidence that our captain is a die-hard Firefly fan; I suspect that the idea of a small crew of (mostly) well-meaning misfits roaming the outer edges of civilized space in a reliable if quirky vessel hits close to home for folks who work ships in these parts. How quickly the strange becomes mundane is probably another attraction. I mean, I’ve been on the ship for less than two weeks, and this morning I threw on my clothes, brushed my teeth and trudged downstairs for breakfast. Had a bowl of cereal, loaded my mug with peppermint tea and plonked down at my laptop to see what email had come in overnight. Got distracted reading the news and… waitaminute. I’m living on an Antarctic icebreaker, crushing its way south toward Livingstone Island. For real. That’s almost as good as living on a spaceship, as far as I’m concerned. Better, in fact, because nobody is shooting at us. 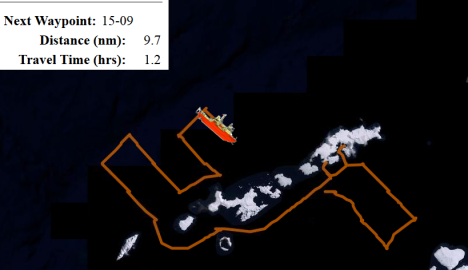 The surreality of our situation is only made better by the fact that on the live ship-wide position monitor, the Palmer is depicted by an icon that looks suspiciously like the Beatles’ Yellow Submarine.

We’ve left the protection of the South Shetlands to begin sampling the northern part of our grid along the edge of the Drake Passage. Chief Mate sent email out last night reminding us that “this might get rough”. Apparently we had a couple of big rollers while I was asleep, causing some to scramble for their meds, but we’re back in ice now, and the sea is calm again. There’s blissfully little wind, and the flurry of thick wet snowflakes makes the deck feel almost like we’re deep in the North Woods on a winter’s night. 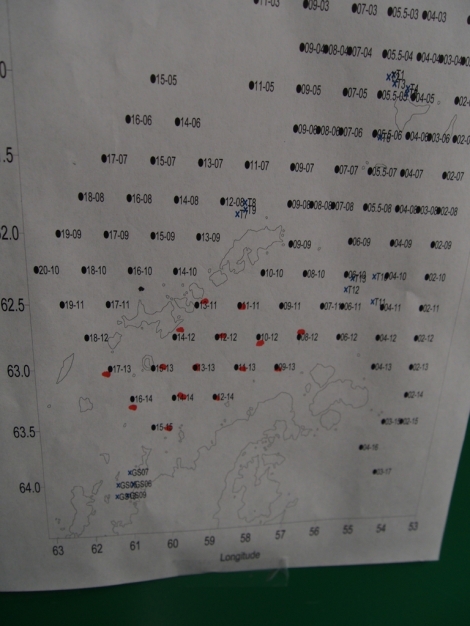 From our current position (17-11 in the chart above), we’ll begin making our way north and east, zig-zagging along the grid, stopping at each point on the chart to lower a CDT and, if ice conditions are conducive, tow a net to get a sample of what’s swimming thereabouts. We’ll pass places like Desolation Island, Danger Cove and “Neck or Nothing Passage”, all made substantially less desolate and dangerous by dint of GPS, radar and a 13,000 horsepower icebreaker with four inches of hardened steel on her bow. And, of course, a captain with a plan.

Zoe: “Perhaps you’re not remembering some of Captain’s plans…” 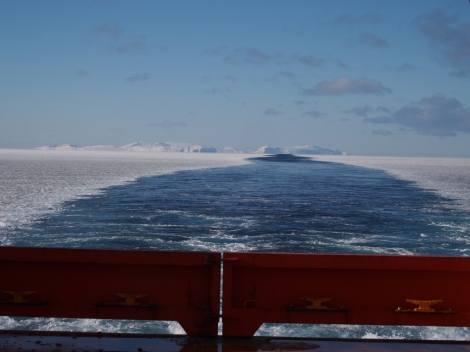