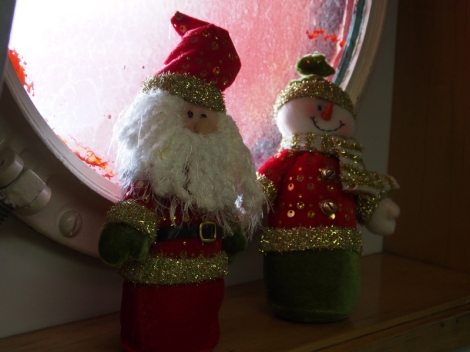 Captain turned the ship around day before last. The storm was coming at us from the southwest, so rather than sit in place and ride it out, we’d pressed our noses into it, punching through the worst as quickly as possible with a plan of returning to our primary work site in its lee. The hundred-fifty-odd mile excursion also got us into the heart of the Antarctic Circumpolar Current for a bit, allowing Veronica, one of the junior scientists aboard, to add a few more precious oceanographic data points to her unobtanium-lined notebook.

For the rest of us, waiting out the weather this way meant catching up on reading, old ski movies and seriously non-Newtonian games of ping-pong in the aft cargo hold. When, late on Wednesday, we swung the nose around to place the wind at our back, the sea change was profound. Instead of fighting us, the swells – what remained of them – now abetted and urged us on, and the ship’s muttering (remember my whispering pole?) became a song. We practically flew along the following sea. 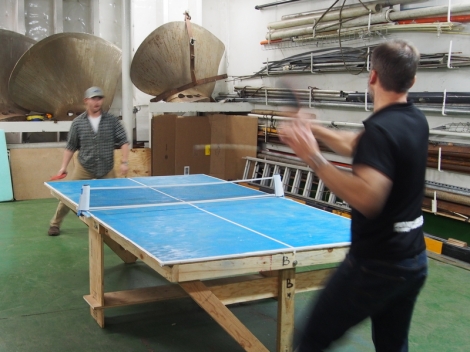 The forecast showed that we would arrive back at HYPM1 on Christmas morning with a window of flat seas and deck work to be done. So Sebastien decreed that Christmas would come an evening early, and on the wing. We would kick off the festivities with a Yankee swap after dinner on the 24th and see where things went from there. 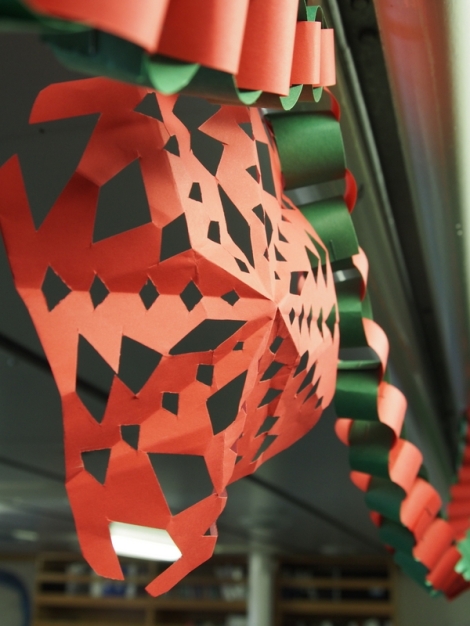 Apparently the science crew had been warned of the gift exchange and brought something to throw under the tree, but most of us on the support team had to scramble a bit.And yes, we had a tree. Firmly ducktaped to the printer table in forward drylab. And ornaments and green and red construction paper chains. And liquid nitrogen ice cream. No, wait – that came later.

There was some discussion over what the precise algorithm was for a Yankee swap, beyond the general idea that people took turns picking out gifts from under the tree and had the option of “stealing” from among the already selected presents. But working out the details was part of the fun, and there was enough entertainment in the gifts themselves, and enough chocolate to go around, I think, to overshadow any envy over who ended up with what.

Among the offerings was an impressive utility knife, handmade leather coasters, a broken radio, a magic un-tip-overable-thermos mug (really – we took turns trying!) and a pre-programmed Raspberry Pi that, when hooked to an HDMI port and booted up, revealed the most elaborately set up rickroll I’ve crossed paths with. 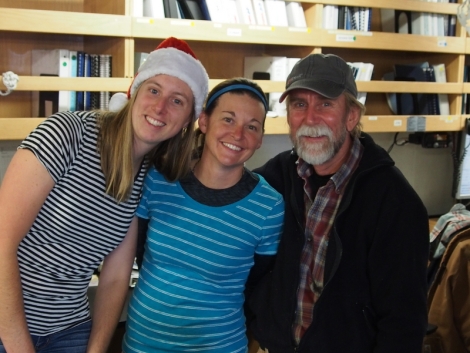 Once gifts were sorted, admired (and, for a decent fraction, eaten), Betz and Eric announced that there’d be ice cream in the cargo hold. No one on board seems to know *why* the Palmer has a liquid nitrogen generator in the helo hangar, but there it is, and the only use anyone I’ve talked with has seen it put to is making ice cream in the most inefficient and entertaining way possible. 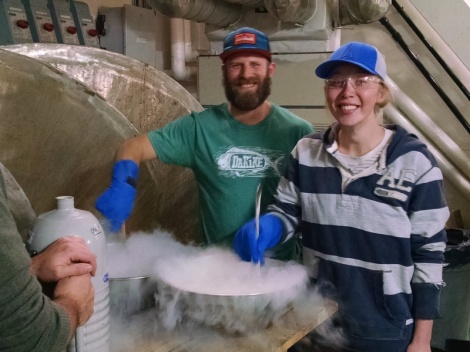 There was, of course, music and more non-Newtonian ping pong. When you’ve been on a ship for three weeks, I guess you get used to a game where, from a strictly visual perspective, the ball and players seem to shift direction inexplicably mid-flight. Frisbees thrown around the cargo hold provided similar surprises, especially when it intersected with the ping pong game and bean bag tournament in progress.

All in all, it was about as complete and homey a Christmas as one could spend. At least as homey as one could spend in the company of fellow travelers, 4800 tons of steel, and 64 million square miles of restive sea.

2 responses to “Christmas Ahead of a Following Sea”