To be fair, there are things worse than getting your wife’s name wrong. One of them is getting her name wrong on an airline ticket. Another is only discovering this error when she gets pulled out of the security line at the airport on your way up to Port Townsend for a relaxing getaway. Just saying.

If you ask me, I blame the National Weather Service for this little tidbit of earned wisdom. I mean, we’d originally been planning to fly ourselves (and Jem) up for four days of kicking around the Quimper Peninsula. But as our day of departure approached, the long-range weather forecast grew increasingly grim. It would be fine down here in Palo Alto, but something meteorologically wicked appeared to be working its way down from Alaska.

Two days before departure, I decided to pull the plug: rather than fretting about having to cancel the trip over the threat of cloud cover, ice and low ceilings, I plunked down for three seats on Southwest Airlines. Scored a surprisingly good rate, given how last minute they were, and even nabbed boarding zone “A”. No fuss, no muss – problem solved.

“Don’t worry,” I told my adoring wife. “I’ve taken care of everything.” I was, as they say, the man.

Until, two days later when uh, I looked over my shoulder as Jem and I tossed our things onto the conveyor at airport security, and Devon was nowhere to be seen.

You see, somehow (I also reserve the right to blame Chrome Auto-Fill), I’d ended up putting her maiden name on the ticket. Her driver’s license said “Devon Wiel Cohn,” but the boarding pass just said “Devon Wiel” and this, apparently, was more than the TSA could get its head around.

They only detained her for, say 15 minutes or so, escalating through increasingly unavailable supervisors who demanded proof that she really was who she claimed to be and hadn’t offed the real Devon Wiel and attempted to accompany me and Jem for some nefarious purpose.

They also, as far as I can tell, disassembled her knapsack into its component elements and chemically tested each and every one before letting her through to join us in the departure lounge. So maybe I blame the TSA a little bit, too. I mean, this shouldn’t be a big thing, should it? In what scenario, and on what planet would the Devon-Wiel-vs-Devon-Wiel-Cohn (traveling with David Cohn and Jeremy Cohn) discrepancy indicate a tangible problem?

Regardless. Seeing as neither the NWS, Chrome Auto-Fill nor the TSA seemed inclined to throw anyone a bone, it was up to me to do the profuse and profound apologizing all the way to the plane, as well as at regular intervals northbound through the gloriously sunny skies (we would have had a tailwind, too) all the way up to Port Townsend.

A long walk with me and Jem along North Beach helped a little. As did a sublime dinner at the Fountain Cafe. By the time we all tumbled back up to our rooms in the 1890’s Victorian overlooking the waterfront, I think she’s mostly gotten the incident behind her. But it’s going to be a long time, I know, before she lets me “take care of everything” again. 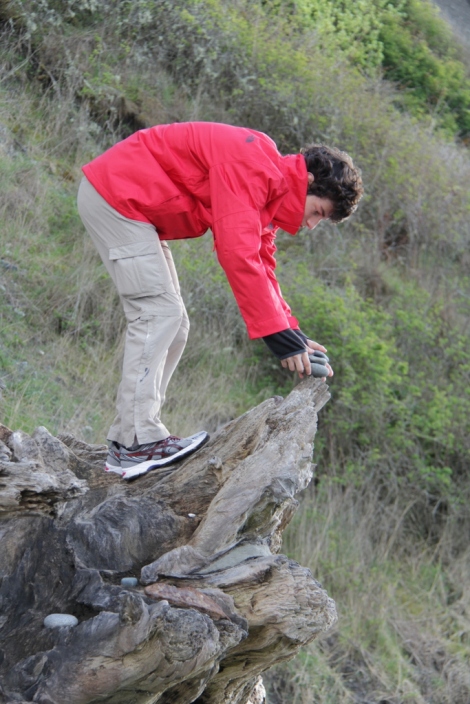 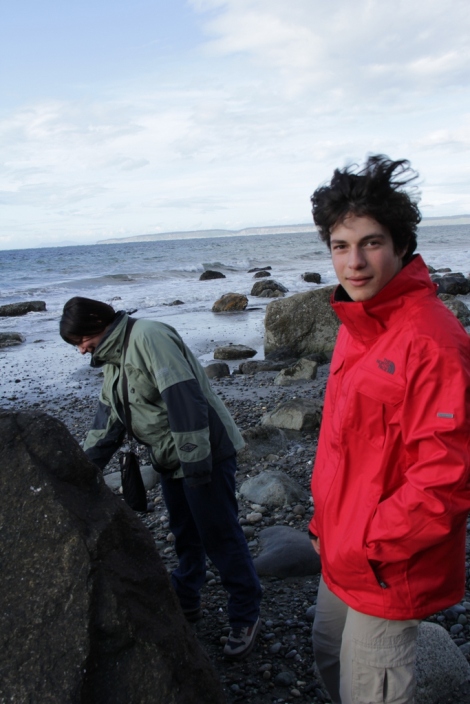