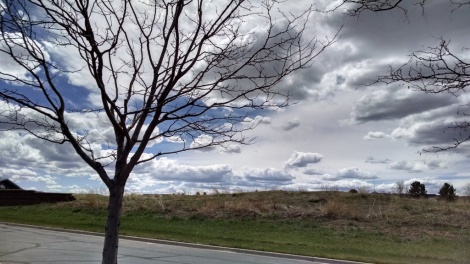 It’s impossible to stare out at the foothills of the Rockies and not be struck by the impression of the Front Range as an enormous paper shredder that tears the sky to pieces as it comes in from the west, letting little clumps of what’s left drift east across the plains to Kansas.

I’ve been sort-of in Denver now for three days, doing some on-site work for my sort-of job with the Antarctic Program. Have I told you about my sort-of job? Nevermind. I’m in Denver. And, because I’m not quite as used to working my butt off as I should be, I decided that I needed a break and gave myself the afternoon off (it’s okay, really – I keep track of my own hours).

It’s been a heckalong time since I last had time to poke around this city that I describe myself as having grown up in,  but that’s not entirely accurate. Denver, as it lives and breathes, is not the city I grew up in – it’s the city built on the one I grew up in. What remains from my childhood are the stray bones poking through from a place as long gone as the 45 single.

Which perhaps is why I found my first stop, once I bolted Antarctic Support Contract headquarters, in the the ancient hallowed clutter of Wax Trax. Perched on the corner of 13th and Washington, on the eternally-seedy fringe of the Capitol, the last bastion of vinyl remains virtually unchanged from when I was a kid, and Ellen and I would comb the bins for that European pressing of Meet the Beatles, or the latest from Dream Syndicate. 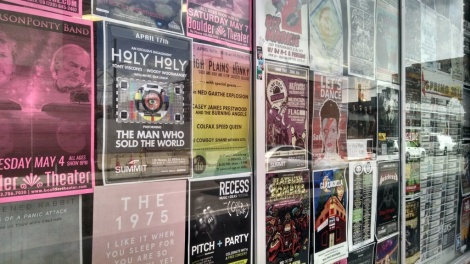 Ruth – I think her name was Ruth – looked just old enough to have been the bored, bubblegum-popping slacker behind the counter of my high school memory, impatient for us to get the hell out of the shop so she could stop keeping an eye on us and get back to her copy of Rolling Stone. We reminisced over our imagined good old times: ah, those were the days, weren’t they? I picked up a Bachman Turner Overdrive single (“Never Been to Spain,” with “Peace of Mind” on the B side) and Paper Lace (yes, you know you remember Paper Lace) for fifty cents apiece, and promised to stop by the next time I was in town. 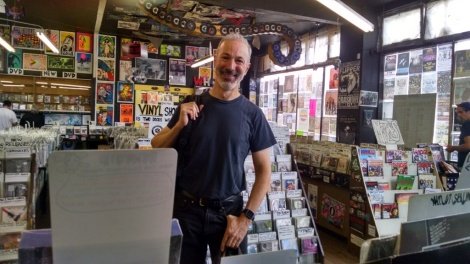 The Civic Center and Denver Art Museum were next on the list, with an obligatory tour of the Samurai exhibit (to make Jeremy envious) and a stroll to the vaunted mile-high marker on the Capitol steps. The Tattered Cover after that, in yet another new location, but with the same overstuffed easy chairs and bibliovore staff, all carting around armfuls of books to reshelve and grinning like they were kids who’d snuck into Santa’s Workshop. 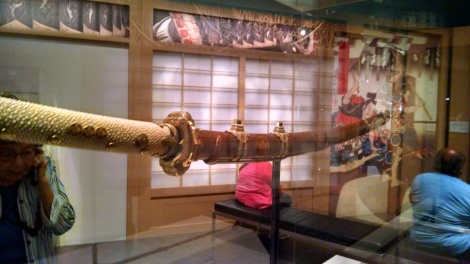 I helped Andrea get a copy of something by Montrose onto the top shelf ahead of Toni Morrison, and ended up chatting with her for twenty minutes about Patrick O’Brian’s Master and Commander series. “I was sooo totally into ‘boy books’ when I was a kid!” – she said it the way a boy of similar age might admit to having had a stash of Playboy under his mattress. Didn’t matter that I hadn’t read any of them, she knew the books well enough to make the conversation enormous fun. Especially after I mentioned that I worked on an icebreaker…. (As Bug would have said, “You used the ‘A’ word, didn’t you?”)

Final stop of the afternoon, where I sit now, was a taste (literally!) of the “new” Denver. I’m perched at a balcony seat at the bar of Linger,  a deservedly crazy-popular restaurant on a hill occupying the building of the old Olinger Mortuary. It is hip, granted, but it’s also damned tasty. I’m making my way through a plate of Mongolian Duck tacos and and sipping on a “New Saigon” while watching the clouds tumble and snag along the Front Range. Every afternoon, it seems that big ol’ paper shredder to the west seems to get a bit more than it can handle, and the sky tumbles down in a torrent of rain. But there’s time yet, there’s time. This afternoon, I’ve got nothing but time. 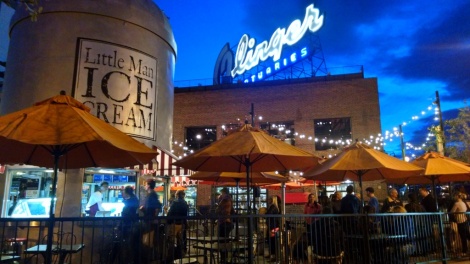