It’s that dream again, the one where you’re 11 years and it’s the first day of summer camp. Only you’re actually 53, checking in for the Port Townsend Writers Conference.

But it doesn’t matter: you don’t know anyone and you’re dragging your duffel across the lawn, trying to figure out where your bunk is, trying to look like you fit in. And you’re not sure you do fit in. Or if you should even try to. Honestly, the more you look around, the less sure you are that this was even a good idea.

You can already suss out the cliques: the cool kids, the rock stars, the rebels. Closest thing to “your” gang is the clutch of awkward kids huddled by the picnic tables, heads on geeky swivel and chattering about Isn’t this place awesome?

Suck it up, man: that is your gang; you’re one of them, whether you like it or not.

And why not? You’ve tried hanging out with the cool kids – they gave you a quick look over and went back to comparing their latest residencies, and where was Henry teaching this year, and did you see his piece in Glimmer Train? Might as well have been discussing semi-finals at the yak polo tournament – there was nothing there you could understand, let alone hope to contribute to the conversation.

And the rock stars? Don’t even go there – you’ve tried drifting into their circle of groupies, eavesdropping on the sermon. You remembered being at the center of a circle and pontificating like that yourself in the past, and cringed a bit.

So the awkward geeks it is. Besides, this is no place to be pretentious. This is a place for you to sit down and tuck into your work for a week. Just write. Write, write, write. Like everybody else here.

Besides, you’re in Port Townsend, and it’s summer, and it feels like the most beautiful place on the planet right now. A few pics from my morning run: 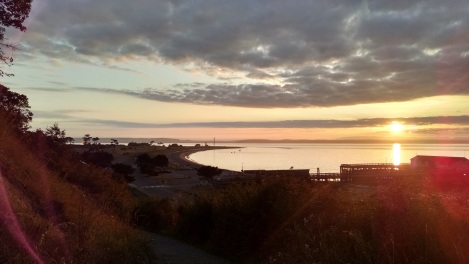 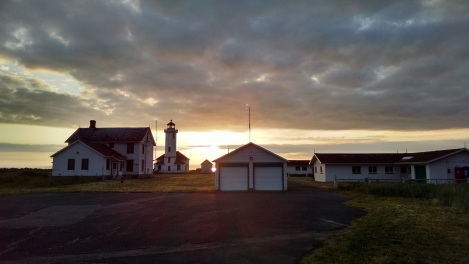 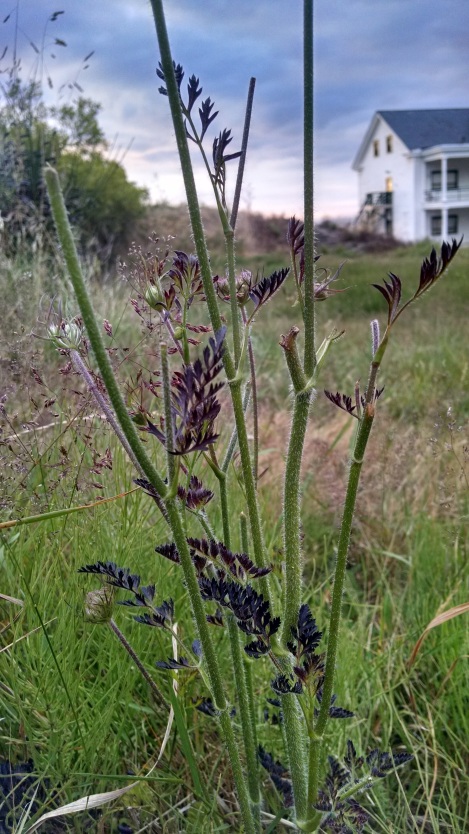 6 responses to “First Day of Camp”