You’re always reluctant to talk about the dream, because somehow it stops being real when you do. That’s why you try so hard to hang onto these liminal moments: because now, when you’re just waking, the impossible and fantastic still seem so vivid and real. And you know that later, when you’re sitting across the coffee table trying to find the right words, everything will come out flat and speckled, as if you’ve tried to paint the sky with a glue stick and cut-out pieces of faded construction paper from your third grade art class. And it will sound ridiculous, juvenile, but she’ll be gracious and nod and there’ll be an awkward moment of silence before she says it reminds her of a dream she had once.

And then it will be gone.

But now, just as you’re lingering on the shore, you can still remember the immensity of the world, and how everything glistened in ways for which we have not yet found words. 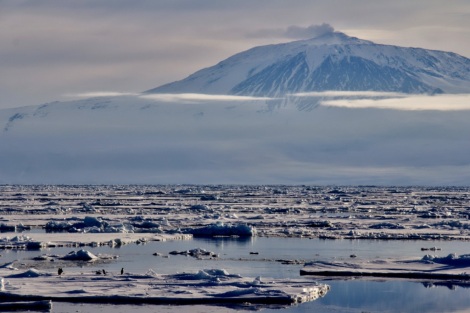 We’ve made landfall – of a sort – at McMurdo, having traced the ice-white Cliffs of Insanity for 500 miles along the edge of the Ross Sea. We are likely the first people to have been down that way in at least a year, and likely the last for at least another. And there’s something fitting about having our first trace of actual land since December be the smoldering peak of a live volcano.

McMurdo Station itself is a sprawl of corrugated steel and piping flung down on a dirty spit of rock where the western edge of the ice shelf has petered out to the point of no longer giving a damn. It’s as far south as Scott could get his ship, and his eponymous hut still stands, perfectly preserved, a quarter mile off our port bow.

But that’s as close as it’s going to get for another day or so. We made better time than expected, and the Polar Star, the Coast Guard icebreaker charged with breaking the station open for summer, is still at the dock taking on fuel. So we get to linger here, tantalizingly close to land (and for those so inclined, a good stiff drink), until Friday morning. No, they won’t let us walk across the ice – don’t think everybody hasn’t asked.

But perhaps, with memories of the Southern Ocean so fresh in our minds, it’s better that we have a little time here to properly leave that world behind.

(In the meantime, here’s another penguin) 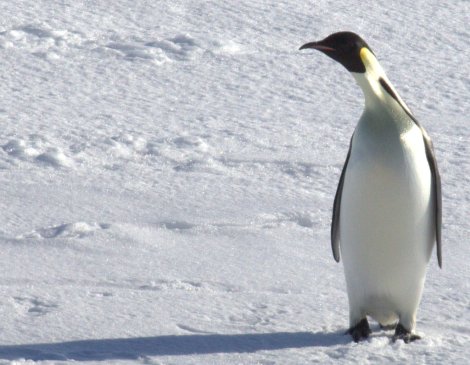 One response to “Waking…”