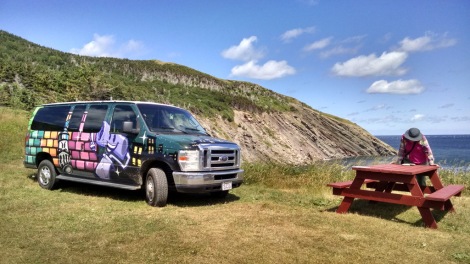 It’s our third night on Cape Breton Island, and we’ve inadvertently zig-zagged the island a bit, finding ourselves cliffside in the northernmost campground (and settlement) in Nova Scotia. Geographically, we’re just off Cape St. Laurence, but the settlement is more evocatively-named “Meat Cove.” After all, who could resist a village called Meat Cove?

But the view is positively breathtaking. Here – some pictures. 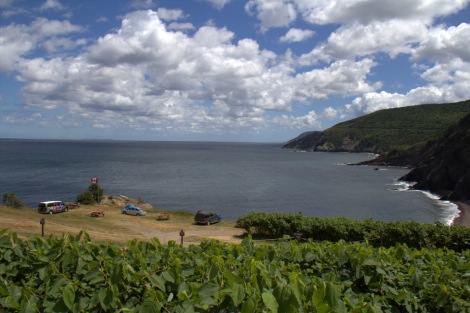 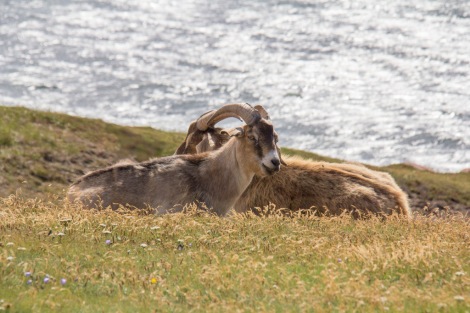 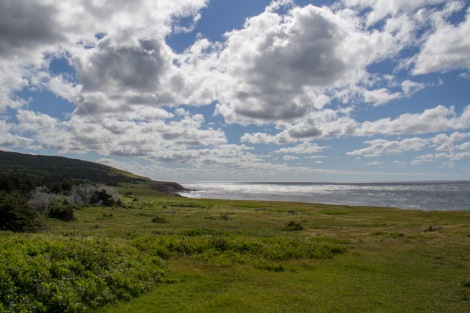 Anyhow. We’ve had some little adventures on the way, as one would expect from a Pablo and Devon roadtrip. A couple of high points: when we picked Mabou (MA-boo) as our first stop on the Cape Breton Ceilidh Trail, we hadn’t counted on arriving at the start of the  50th annual equivalent of a Cape Breton Woodstock. Somehow, we still ended up not only finding a room right in town, but

1) Around the corner from the dockside party beginning with the town’s Parade of Boats followed by them rafting up to receive a blessing for a safe and bountiful season. Think something like Ephemerisle, but by people who’ve been living and working with boats all their lives. There was, of course, food and music, including gorgeous harmonies by hometown legends the Rankin Sisters. 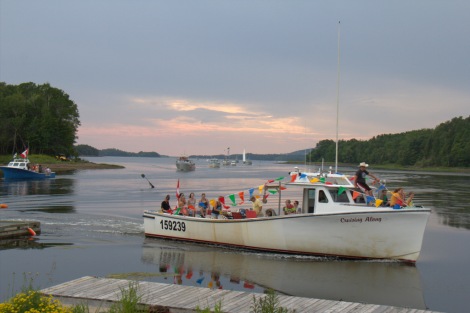 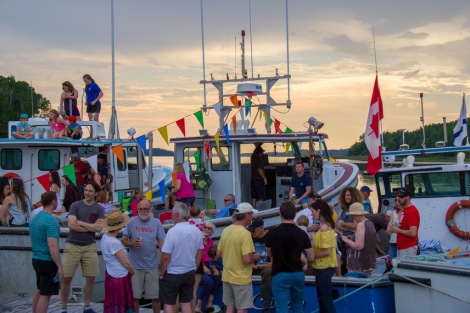 2) A block up the street from the C.B.’s  legendary Red Shoe Pub where, of course, there was more amazing food and amazing music by Kinnon and Betty Lou Beaton. 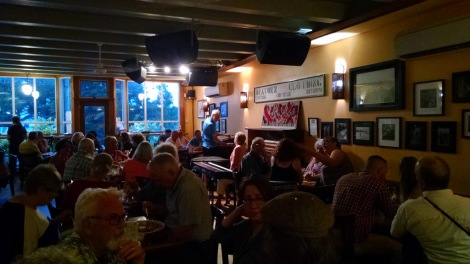 3) Upstairs from an impromptu private concert. Turns out the opening act of the Ceilidhfest was going to be the Mullendores. Whose family happened to uh, run the inn we were staying at. Tyler and Abby Mullendore (along with bandmates Wendy and Sam) wanted to do a one-last-acoustic-run-through of their set in the living room. Asked if we minded the noise. Heh. Of course not. And when they were done, passed the guitar over to me and asked me if I wanted to play anything. Uh. I did, badly, but they were good sports, and since I’d picked John Prine, everyone sang along.

Speaking of Mabou: in addition to the Rankin family, the younger generation should know Mabou as birthplace and home of legendary web artist Kate Beaton. I didn’t know until I saw a K.B. book on the table at the inn. Oh yeah, said Tyler and Abby, we went to school with her. Yes, I went squee. (I’ll admit that I even emailed Kate, going all fanboy and mentioning we were in Mabou. She wrote back saying she’d love to meet up – [squeeeeeee!] – but had a prior commitment that evening and to please let her know if we were passing through again on our way back.)

Anyhow, before I get rambling too far. Yeah, Cape Breton Island is all that. We mostly divided our days up into the routine of drive a little, hike a little, eat a bunch of seafood, find a ceilidh, find a place to sleep, and repeat as necessary. 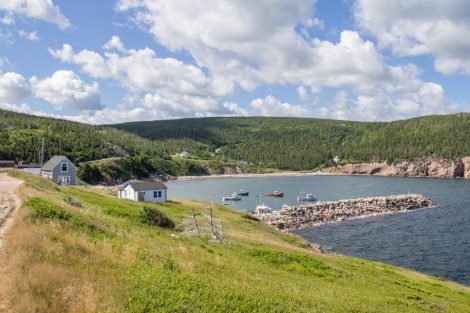 That’s pretty much the whole village of White Point there.

But since a few of you enjoined me to provide notes for your future trips, here’s our best find: White Point. Off the heavily-trafficked Cabot Trail that loops the island, White Point is a tiny fishing village of half a dozen houses, the last of which is Cyril and Marguerite’s “Two Tittles” Bed and Breakfast. Accommodations are nothing fancy, but clean and comfortable, and Cyril and Marguerite are true Cape Bretoners; their hospitality is superb, and their location is unmatched. It would have been enough to wake up to the view of the harbor, but the end of their driveway is the start of our favorite trail on the island, a short meandering walk out to where the land falls dramatically away at the point, punctuated by a pair of oh-so-close-but-inaccessible tiny islands – the eponymous “tittles” of the sight. Continuing clockwise around the trail leads you west along the coast over windswept mossy bluffs and into a quiet pine forest before plonking you back at your starting point. 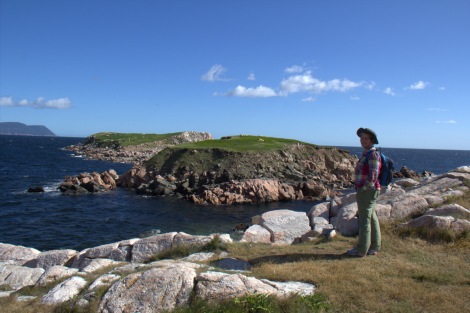 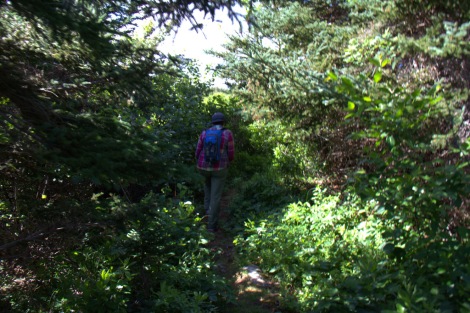 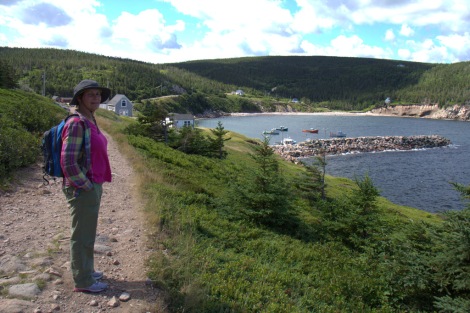 Okay, end of advertisement. We’re heading south tomorrow for the Nova Scotia mainland. Maybe Sherbrooke, then Halifax the next day? (Go ahead, cue the Barrett’s refrain – you know you want to.) 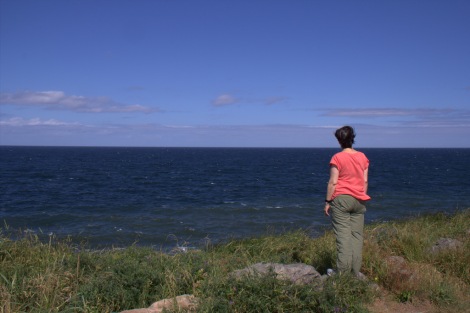