Hey, sorry for dropping out there. We’re back home in Palo Alto, and I left you at the tippy-top of Nova Scotia.

Short story is we kinda made the south-and-westbound transit at a run. Looked at the map and realized we didn’t have as much time as we thought before we were due back at Hampshire to pick Jem up and resume acting like responsible adults. So the next three days were mostly DriveDriveDriveWait!Pulloverhere!Wowthat’sfabulousDriveDriveDrive.

Did indulge in a brief dip in the cairn-dotted northernmost beach of the province, and was a bit astounded at how warm the water was. Practically swimming pool temps. Then it was time to drive.

Cairns along the beach at Meat Cove

Water is unreasonably warm and swimmable

Gave ridiculously short shrift to Ingonish and the northeastern shore of Cape Breton Island, popping in at the breathtakingly beautiful beaches along the way. Steep, craggy rocks plummeting down into strips of fine white sand dotted with squealingly delighted kids at play in the surf. We did allow ourselves a couple of short rambles in the Jack Pine forests and a picnic at Black Brook. 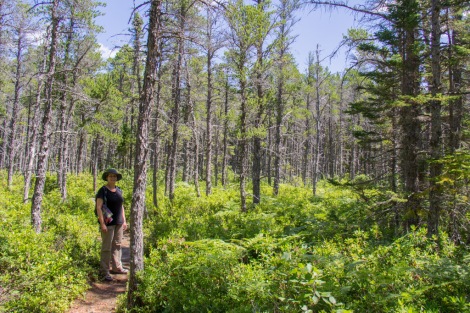 Of course, we couldn’t miss the Glass Artisans Cooperative, where D got to talk with a couple of the artists, and had to (gently) restrain me from acquiring a suitcase worth of gorgeous creations. 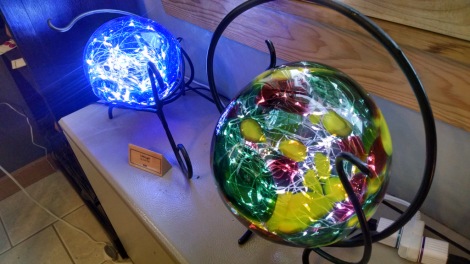 Blew through Baddeck without stopping (sorry, Alexander Graham Bell!) and waved at Bras d’Or. Then down, down, further down, leaving the Cabot Trail behind as we crossed the Canso causeway – wait, Canso? No, sorry, no time to visit. Antigonish and New Glasgow and made it to Truro in time to miss the south Fundy tidal bore and collapse in a cheap hotel room for the night.

I should pause here to mention that Nova Scotia loooooves John Cabot and venerates him as “discovering the continent of North America” (take that, Columbus) to establish English presence in the New World. But they’re not shy about ‘fessing up that, like his countryman Cristoforo Colombo, Cabot (real name Giovanni Caboto) was from Genoa, exploring on behalf of a foreign crown.

Cabot’s landing is commemorated up north of Aspy Bay at (unsurprisingly) Cabot’s Landing, another one of those inexplicably gorgeous sand beaches. The site has statues and plaques describing Cabot’s arrival there with his son Sebastian in the ship Matthew in 1497. It’s a spectacular spot. In true Canadian spirit, there is among the plaques a small bronze disclaimer that while the actual site of Cabot’s landing is unknown, local legend has settled on this being the beach where it happened.

But where were we? Right: westbound.

Arrived at Halifax in the rain for the obligatory wander of Privateer’s Wharf and the waterfront. Popped into funky, improbable shops up the hill, comic book stores crammed with work by local artists (hey, look: a Kate Beaton mural!) and seriously, the best candy store in the world. 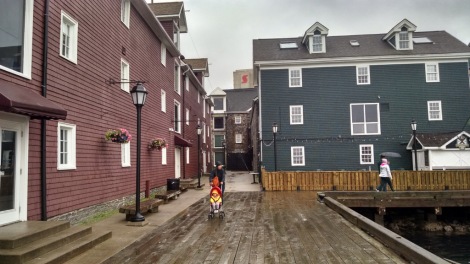 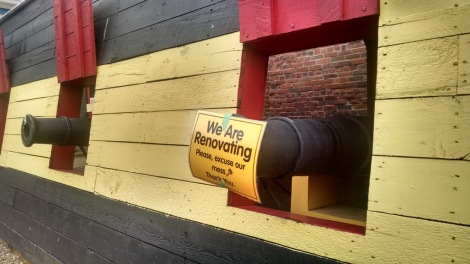 Halifax Maritime Museum. Even pirates need to do maintenance.

Historic re-enactment at The Citadel, the star-shaped fort on the hill above Halifax

Highlight of Halifax was an improbable crossing of paths: any of you remember Amy Jo from my long-ago musing on Sedona? Well, she, her amazing Swiss husband and two awesome kids messaged me out of the blue that they were arriving in Halifax that night for three weeks on the road around Nova Scotia and Newfoundland – any chance we could get together for breakfast? Yeah.

Then it was time to drive again, down, down 103 toward Yarmouth.

The place everyone talks about around the eastern coast of Nova Scotia is Peggy’s Cove, with its iconic lighthouse and rock spit, so we figured we ought to stop there.

I mean, it was pretty and all, but the two miles in from the highway were like driving into Manhattan on a Friday night. Compared to the stark, secluded beaches of Cape Breton, it was like Times Square. We couldn’t even find a place to pull over, let alone park. Got out as fast as we could. 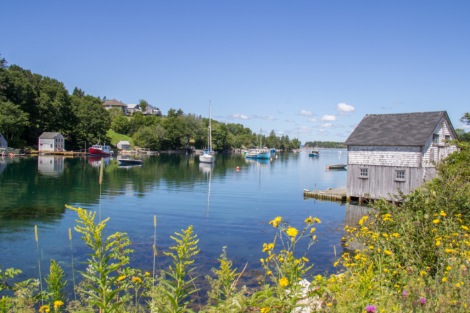 Lovely quiet little cove that is *not* Peggy’s. Just south of Glen Margaret.

Did stop in Lunenburg, hoping to catch a glimpse of Bluenose II, but she was off cavorting on tour with other tall ships. Then back on 103, west and south. Past Bridgewater and Mill Village. Past Liverpool and “the world’s first outhouse museum” (not even tempted) to Argyle and Arcadia for one last night of camping before we took the ferry.

Okay, you know, I’m gonna skip a bit here. But it’s worth remarking on “The Cat.” The Cat is the catamaran ferry running between Yarmouth and Portland, Maine. It’s a 350 foot long 40,000 horsepower behemoth that tops out at 50 mph. Think about 50 mph in a boat (the ship I work on tops out around 20 mph with all four engines gunned) – it’s kinda terrifying. Onboard, to distract you from the North Atlantic whizzing by, there are two cafes, a bar, live music, internet, and enough room to play a couple of regulation soccer matches in parallel. 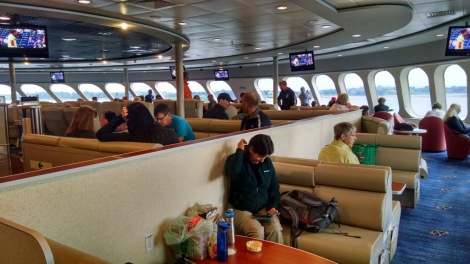 Live music on The Cat

From Portland, we sought out Blowing Cave Park in Kennebunkport and inadvertently found ourselves next door to the Bush family’s elaborate compound out on Walker’s Point. Turns out that the main reason people people go to Blowing Cave is not to watch the stone blow hole that shoots water into the air when a wave comes in and the tide is right. They go to hang out on the rocks with binoculars and speculate which of the Bushes are at home, and what they’re doing. A Good Humor ice cream truck was leaving the compound as we crossed their driveway to get to the park; the dour look of its driver led us to speculate that either the truck was an incognito Secret Service vehicle or that the Bushes didn’t tip well. 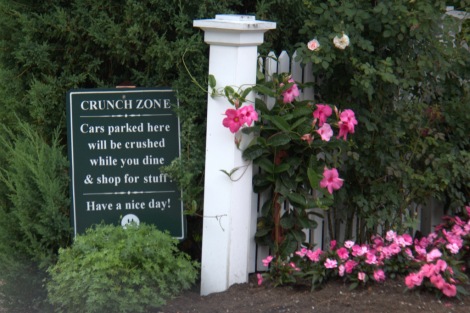 Kennebunkport has a serious tourist problem

Then on to the Rachel Carson Wildlife Refuge for a stroll before our last night without kids, camping among local “summer folk” at the mouth of the Cape Neddick River. 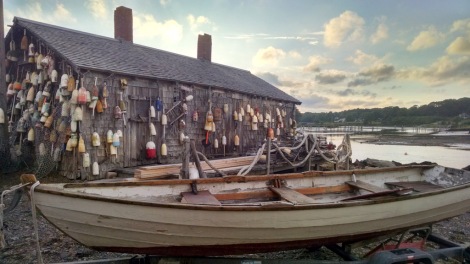 By the time we picked Jeremy up from Hampshire (metalworking camp was a ridiculously successful couple of weeks for him in every imaginable way) and dropped Paintball back in Jersey City, we’d logged 2548.3 miles and visited New York, New Jersey, every state in New England except for Rhode Island and crossed all three Canadian Maritime Provinces practically end-to-end.

Would we do it again? Not gonna say, but I will let on that Devon appears to be surreptitiously shopping for a camper van. 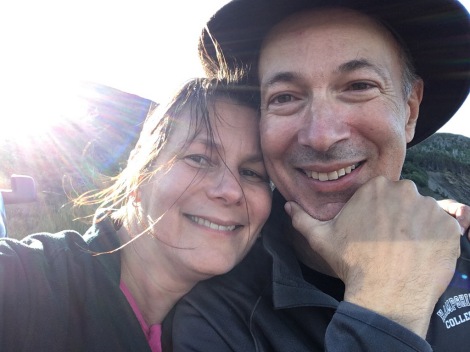